Flower: Monoecious; both males and females are very small and occur near the
ends of shoots; males are oblong; females more egg-shaped. 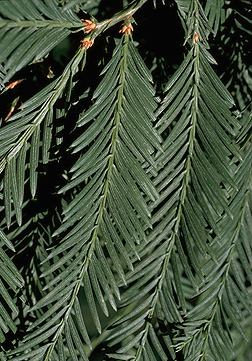