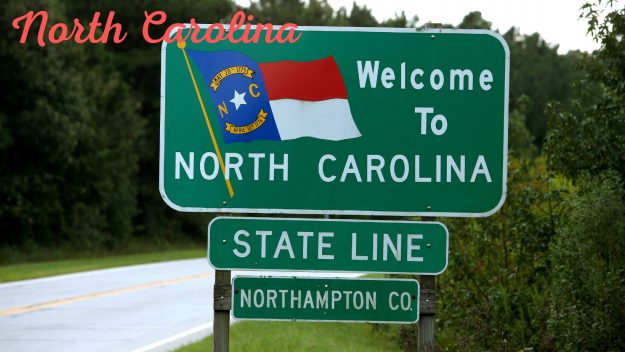 State Motto: Liberty and Union Now and Forever, One and Inseparable

Origin of State Name: Taken from Carolus, the Latin word for Charles, and named after England’s King Charles I

Flag:
That the flag of North Carolinashall consist of a blue union, containing in the center thereof a white star with the letter N in gilt on the left and the letter C in gilt on the right of said star, the circle containing the same to be one-third the width of the union. The fly of the flag shall consist of two equally proportioned bars; the upper bar to be red, the lower bar to be white; that the length of the bars horizontally shall be equal to the perpendicular length of the union, and the total length of the flag shall be one-third more than its width. That above the star in the center of the union there shall be a gilt scroll in semi-circular form, containing in black letters this inscription “May 20th, 1775”, and that below the star there shall be a similar scroll containing in black letters the inscription: “April 12th, 1776”.   Get this Flag 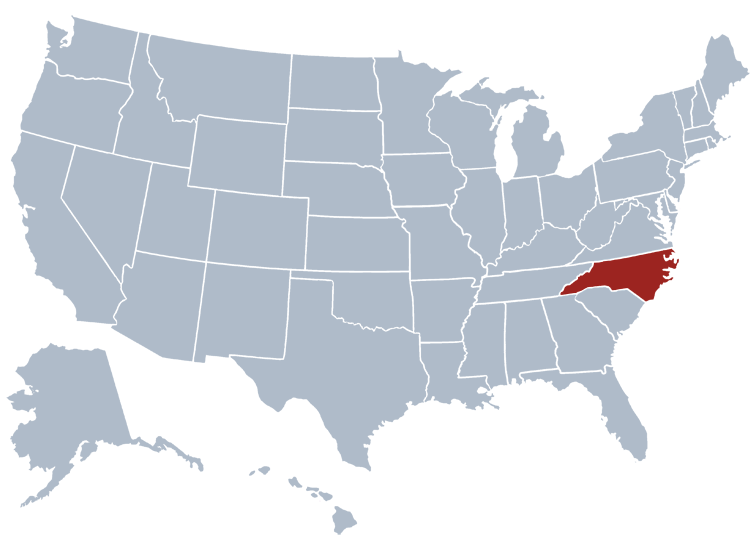